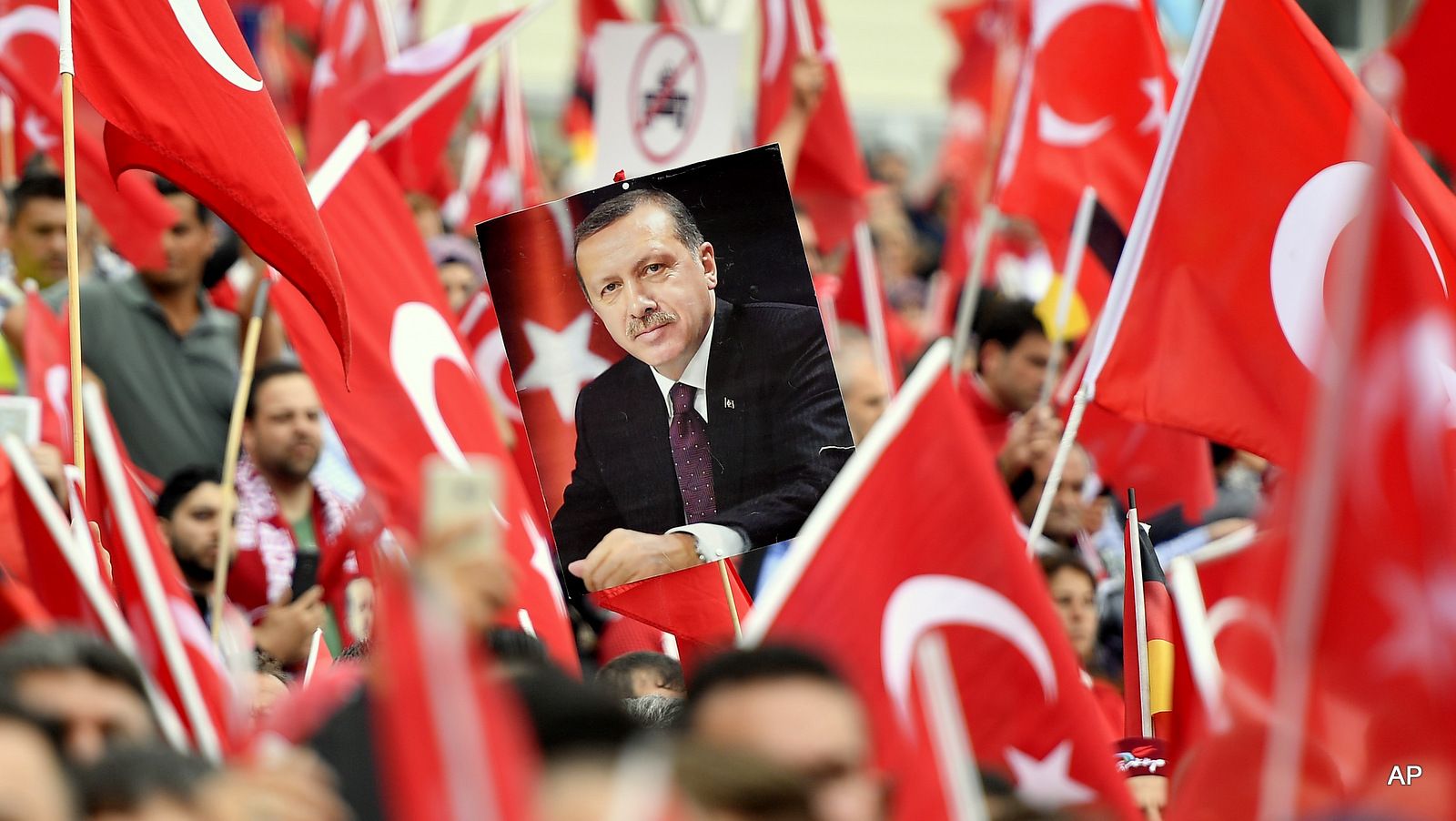 Written by Peter A. Cohen, PhD. Posted in What went wrong with Turkey?.

“Have You No Sense of Decency?”: An Open Letter to Recep Tayyip Erdoğan

I have visited your lovely country no less than five times over the past ten years. On four of these visits, members of the Hizmet movement were my guides. I have also proudly been associated with Hizmet for nearly 15 years. It saddens me deeply to see what has transpired in Turkey during the last few years. Let me be very clear, I can say much the same about my own country and many other countries, as well. But this is not the focus of my message to you today.

Recently, I have been reminded of the now famous words delivered on June 9, 1954, during the Army-McCarthy Hearings in Washington, D.C. On that particular day, the Special Counsel for the Army, Joseph N. Welch, responded to the accusations against members of the Army by then Senator of Wisconsin, Joseph R. McCarthy, by saying: “Let us not assassinate this lad further, Senator. You have done enough. Have you no sense of decency sir, at long last? Have you left no sense of decency?”

I would not be at all surprised if you simply dismissed my words without reading any further, if at all. After all, you have demonstrated your disgust of academics by removing thousands of them from their positions and closing many of their schools. Further, I am an American and you have shown your contempt of us by turning your security detail on some of us in our very capital city. Not to mention the fact that I am Jewish and Çankırı Chief Public Prosecutor Hüsnü Aldemir, recently likened the Gülen movement to a Jewish organization (I happen to identify with both), saying that it is tantamount to hate speech: “This organization is very complex, just like a Jewish organization, everything is planned out. That is why we are investigating it so thoroughly.”

I teach religious studies and my focus is on the many similarities the great religious traditions share, rather than on the far fewer differences which the media and others tend to emphasize. Your record likewise indicates an additional aversion to this aspect of my make-up. Let’s just agree to say we disagree on many matters.

That being said, where does that leave us? Yes, I have traveled to Turkey with members of the Hizmet movement. My late wife was so moved by your homeland on our very first visit in 2006 she informed me returning there would be the first item on her bucket list upon retirement. Without hesitation, I planned a 15-day return trip through a travel agency (unaffiliated with the Hizmet movement) which I have used in the past for both students and adult travelers. It saddens me deeply returning to Turkey would be nearly impossible for me given the recent appalling events initiated both by you and members of your government.

I learned a few weeks ago one of my guides for a 10-day trip with the Hizmet movement was arrested for his affiliation with the movement. When I saw the picture of him being taken into custody, in the pages of one of the newspapers you currently control, I was completely horrified. I have known this man for years and have never witnessed any suggestion or element of danger, anger, or provocation in his character. His arrest, for no apparent reason, is only one example of the many thousands who have been placed in prison over the past year.

There is a word my religion uses during the festival of Passover which typifies much of what seems to be occurring under your watch. It isdayeinu. Loosely translated it means would it not be sufficient. In the context of the Passover Seder, it refers to the ongoing actions of the Lord in freeing the Children of Israel from Egyptian bondage. In your case, I see dayeinu referring to the actions you have taken in dismissing and/or arresting (and possibly even torturing) hundreds and thousands of your citizens. When will enough be enough?

Do you wish to be remembered as the Turkish Stalin, the leader who enacted purge upon purge of almost every segment of his people? I am not going to stand in judgment over you; that is neither my intention nor is it my place. However, I do know your great religious tradition says on Judgment Day Allah will do so. Are you prepared to be held accountable for your actions?

The Qur’an speaks in many places about how one is to treat one’s enemies and non-combatants. Yet many women and children are among those being imprisoned for crimes not assigned, since many remain behind bars without having charges brought against them and not being tried in court. I wonder: is this because you have also imprisoned thousands of judges? Are you proud of the fact your country now has the largest number of journalists in prison, more than any other country in the world? For years, Turkey was held up as one of the greatest democratic nations in history. What you have done to her and her people is inexcusable.

It is my understanding that the much maligned Shariah law was initially established to protect the people from the terrible decrees and reign of tyrants. It may be time for its original intent to be re-examined and your palace and “sultanate” questioned or challenged by those over whom you rule.

History has shown countless examples of how your religion, country, and empire have been exemplars for others to emulate. During the Spanish Inquisition, it was the Ottoman Empire who came to the rescue of generation upon generation of Jews, Christians, and Muslims whose lives were at risk. The Jews and Christians were brought back to live under the protection of the Sultan himself. The “People of the Book” now exist precariously and in fear within your country.

There was a long history of religious dialogue in the Ottoman Empire; today, you condemn such activities, activities which could only serve peaceful ends. Some say over fourteen centuries ago one of your great leaders took the initiative to keep the peace between Christians in the Church of the Holy Sepulcher (considered by many to be the holiest place in Christendom). He sent members of two Muslim families to help mediate the conflict between the different denominations housed in the church. To this day, a member of the same Nuseibeh and Joudeh families still unlocks and locks the doors of the church each and every morning and evening. One could only wonder how you would respond to a similar situation.

Mr. Erdoğan, I implore you to reevaluate your methods and decisions. Your country is suffering, your people are suffering and your economy is suffering. May I reiterate, “You have done enough. Have you no sense of decency sir, at long last? Have you left no sense of decency?” It is not too late to help your people, heal some wounds, and amend your legacy. Your people need you. Just as importantly, the United States needs you and your country’s friendship, as does the entire free world, including Israel and many of your Arab, Kurdish, and Persian neighbors.

In closing, I consider Turkey and her people to be one of the most beautiful lands in all the world. I have traveled widely over the years and consider Turkey close to being my adopted homeland, with Istanbul my adopted city. I am pained to see the difficulties she is currently enduring and by the fact my university will not allow me to bring students there because of the travel warnings which have been issued by our government. I wish there was something I could do to help alleviate some of the problems; if there is, please let me know.

P.S. Please accept this letter as a friend addressing another friend. Even Mohandas K. Gandhi in a letter dated December 24, 1940, began with the salutation, “DEAR FRIEND.” That particular letter was to Adolph Hitler entreating him to change his ways.