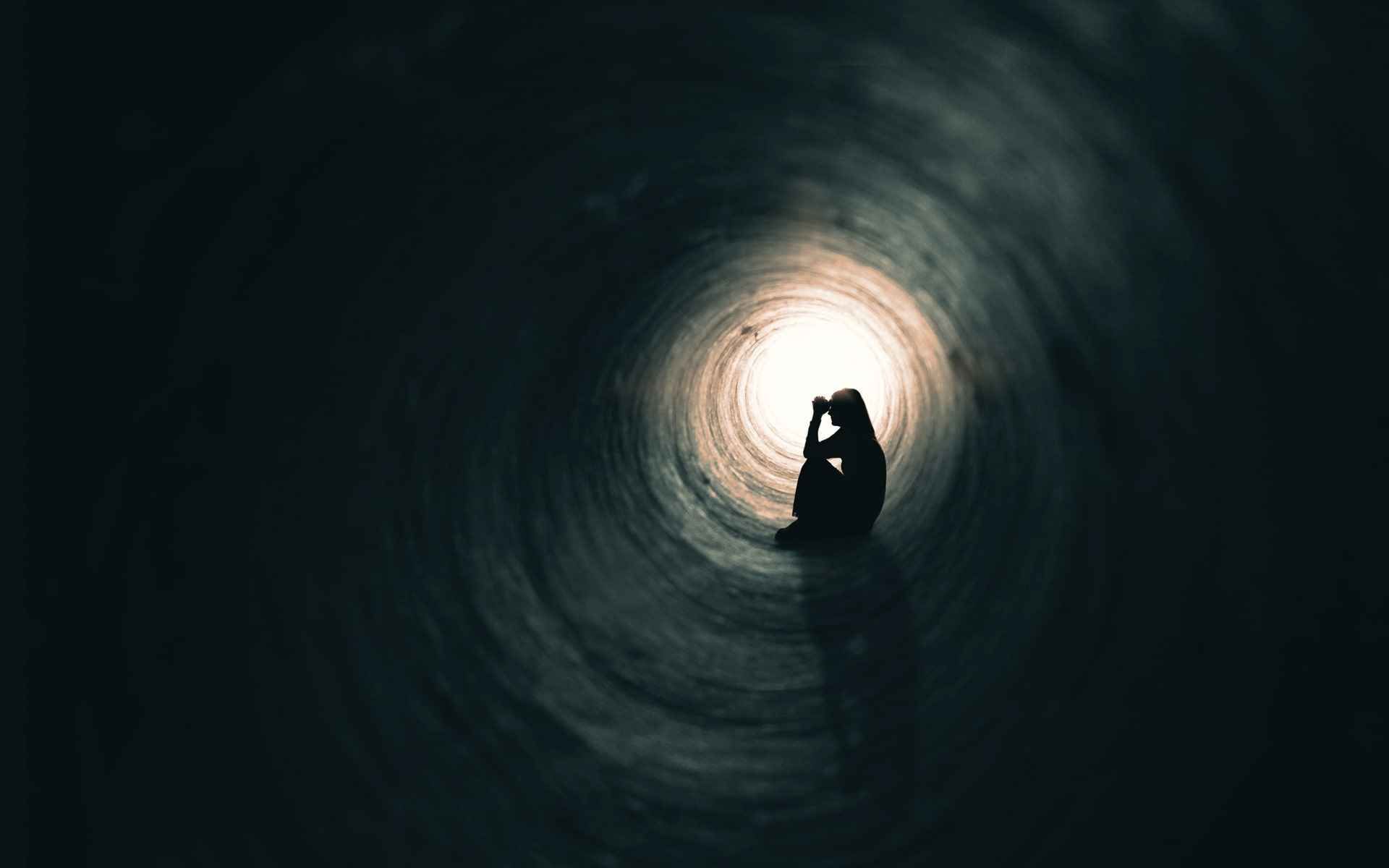 Being trouble-free is the biggest trouble of all. I’d rather wish people felt so troubled for others that their hearts felt burning in embers, rather than being trouble-free. Troubled as to why people are in so miserable condition because they do not believe, because they choose to stray from the straight path, because they are so rude and aggressive.

This does not mean believers should artificially subject themselves to different conditions of suffering. On the contrary, we are referring here to the suffering of a believer’s heart which stems from strength of faith, immensity of spirit, and magnanimity of conscience; a heart that is open to the entirety of humanity. The suffering I am mentioning is not one caused by worldly losses and distress; it is a suffering that comes out of a life lived in the shade of the heart and immensity of the spirit.

It is not possible to have such suffering by merely saying “let me be a suffering person now…” This is not a goal one should choose to reach only for its sake. On the contrary, it depends on having belief and occurs as a natural result of faith. It is related to grasping the significance of what the next world means for us. A person who has a strong connection with God and has attained certainty of faith cherishes such compassion for the entire creation that even seeing an ant fall into water and struggling to survive will tug at such a person’s heartstrings. In response to an insect crushed under his foot, the person feels pain as if it were himself being crushed. If a true believer’s feeling of compassion is so developed even towards animals, imagine how much grief such a person would feel for people being thrown to Hell.

This level of compassion is very difficult for those with weak faith, whose connection with God is virtually a thin line and who do not have much to do with a proper religious life. Can such people not be saved? They can be saved of course; God can take anybody to Paradise, even those whose faith is only by imitation, who does not feel concerned for others. This is another thing. But what we are talking about here is being a perfected universal human (insan al-kamil), attaining true faith by verification, and the fact that this is the actual way to feel due suffering. In short, a concern in this sense is an outcome of having wholehearted faith in God; it is the result of a sincere stance.

Sometimes suffering may come as a sort of pleasure for people of a certain level of spiritual progress; the person takes spiritual delight from that very suffering. However, a believer’s course of life should not depend on taking such delight. Nursi mentions the concepts of spiritual journeying in the following order: faith in God; knowledge of God; love for God; and spiritual delight. At first glance to this order, one can be misled as if spiritual delight is the ultimate target. However, even if a spiritual journeyer feels a spiritual delight with their outward and inward senses after a certain level of progress, the person should not seek to feel such delight through their worship or suffering. We need to act with the consciousness that faith, worship, knowledge of God, and loving Him are God’s rights over us and a duty on our part. Therefore, we should never make these conditional to any material or spiritual gain since this might mean daring to take an attitude of claiming rights against God. This is a sensitive issue that calls for much care. What made the Prophet’s Companions endeavor on God’s path in a tireless fashion was this very concern and suffering of theirs. It was their consideration of glorifying the name of God. Since Abu Ayyub al-Ansari knew that having no suffering and concern is a type of death in one sense, he had traveled as far as the vicinity of Istanbul despite his old age. Others as well got themselves tied to their horses and set forth thus because they did not know anything more important than letting God's name be heard all over the world. This was what they had learned from the Messenger of God. They wished to continue until the end of their lives the understanding and philosophy they had inherited from him. They understood very well that the hardships, troubles, and suffering they would forbear on this path would return to them very differently as great rewards. They believed so soundly and grasped the truth of the matter so quickly. They had sound insight to the truth underlying the message of the Qur’an and the Prophet’s Tradition. They spent a lifetime with love and yearning for God, with a heart open to the realms beyond.

We also read the Qur’an, reflect on books, and we listen to sermons. However, we are not able to reach their level of these pioneers in any way. Had they seen our libraries, they would probably find it ridiculous and say, “Why do you need so much grandiloquence for knowing God?” They had very sound belief. Thanks to that sound belief, they had overcome matters you could not settle by means of referring to heaps of books. It is not possible to find in any other era of world history such a community of people who progressed from sheer ignorance to such a scholarly level and profound spiritual knowledge. After taking their place behind the Pride of Humanity, they found their true identity, they sensed their own truth, and they read their own selves correctly. With regard to knowledge of and love for God, they made a dramatic progress. They saw the realms beyond clearly and did their best in order to attain those wonders and to let other people attain them. Since we are not able to live even one tenth of the life they led, we cannot feel the same concern, suffering, and spiritual delight they did.

Unfortunately, we have much of empty talk and attitude of a know-it-all. We are matchless at paying lip service; there is no one we cannot persuade with demagogy. However, most of the time we are telling about ourselves. Had the Companions of the Prophet seen our situation, they would be surprised at our extensive talk and wonder why we engaged in so much useless talk. They would probably put it simply as, “God is sufficient; all the rest are transient” and astonish at our situation. If we are to compare our situation to theirs we can say that we are the unfortunate people of the lowest level and they were the distinguished people of the highest level.

I have much hope in Divine mercy and live with the hope that even a person like myself will enter Paradise. Given that I cherish such a hope about myself, I easily think the same way about others and say, “According to the nature of people’s deeds, Paradise has eight different gates; if we cannot enter from one maybe we can enter from another.” However, I am not quite sure whether they take us there with our present condition.

We have no right to revile any other people. Everybody must question their own condition: “How many times in my life I prostrated myself at night and cried for the troubles of other believers for an hour? Am I making any efforts for the sake of letting people meet faith?” Everybody can practice such self-questioning and weigh the degree of their share from true humanity. I am not making any exaggerations. Perfection of a person’s faith is to the degree of their compassion to the creation. The degree of a person’s profundity at this type of determination, resolution, endeavor, excitement, and letting people know the Messenger of God correctly reflects the profundity of their being human. When saintly people with deep insight look at you, they evaluate you from this perspective. No matter how you present yourself, no matter what achievements you make, and no matter how many schools you open, the actual factor that determines your true worth is your faith and your relationship with God, as well as your resulting feelings of compassion, suffering, concern, and caring excitements about the creation. The Qur’an relates the suffering of God’s Messenger about his people as, “Yet, it may be that you will torment yourself to death with grief, following after them, if they do not believe in this Message” (Kahf 18:6). Likewise, the noble Prophet stated that (the weight of responsibility expressed by) chapter Hud made his hair turn gray (Tirmidhi, Tafsiru’s Surah, 56 (6). Considering the dramatic flourishing that occurred during the Time of Bliss, the underlying reason was first of all the Messenger of God and then his Companions in his footsteps, with their due concern, suffering, and correct practice of the faith.

It is for this reason that a person’s degree of relation with God, of faith, knowledge of God, and enthusiasm for conveying lofty truths to humanity is the determining factor for the degree of the impact and flourishing that person will effect. Ultimately, the matter relates to having perfected faith, complete sincerity, pure certainty of belief, depth of knowledge and love of God, and having genuine enthusiasm. If you can be deepened in these aspects, the waves you will effect will be in the same scale and reach four corners of the world.