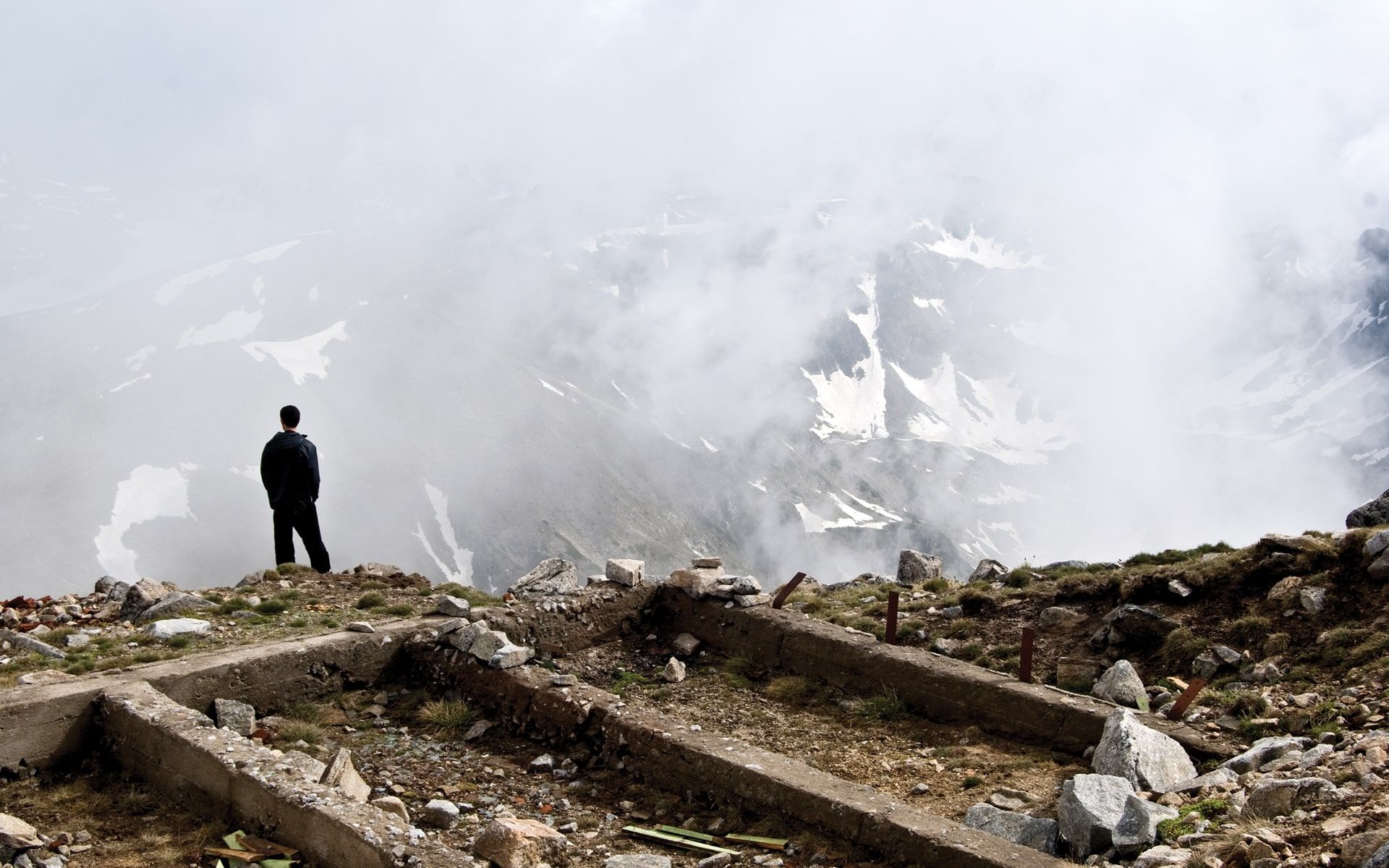 Uways al-Qarani – an illustrious personage so assiduous at faith and at his relationship with God; one near to Him as possibly as one can be. He was a contemporary of the “age of light” – the time of the Prophet. He saw what needed to be seen and was able to attend the circles of the blessed light. He was a person of the most fortunate kind who had the honor of being among the first generation of believers (ashab) despite himself being born in the next generation (tabi’un). His connection with the Almighty and His Messenger was thorough. With respect to his heaven-bound spiritual progress, he was in line with those in the “blessed circle.” He was held back by his mother’s demand, but he truly was a person imbued with the hue of that circle and a brilliant personage of his own kind [1]. Although he had heard the call, he could not be a Companion (sahaba) to the Prophet, by meeting him physically. Thanks to his perseverance and speed to let his heart and spirit flourish, he became a saintly personage recognized by all; he received much esteem from the early caliphs, and he enjoyed a spiritual position on a par with the Companions.

He was so closely connected with the blessed circle that he was able to sense what was otherwise beyond perception and acquire everything to be acquired in their atmosphere, thanks to the rays of light from the bright Moon, the Prophet, in the lead. He conveyed to others as much knowledge as he received and also shed light on the path of hundreds of others on the way to realizing the potential of his spirit and secret (sir). He lived with the excitement of letting those around him feel and sense the divine as he did, and constantly lived with the enthusiasm of spiritually reviving others. While being mentioned so honorably by others, he constantly kept up an attitude of humility and modesty that was utterly unsympathetic to taking pride. With the touching fashion of his supplications, he always inspired solemn God-consciousness to those around him. Although we estimate that sins could not taint even his imagination, as a requirement of his special attainments, he overstated the pettiest “fog” and “smoke” as gigantic evils that he had committed and sighed with concern, an outcome of his spiritual excellence.

Here are a few of his heart-rending tunes that perfectly correspond the sincere supplications of his predecessors; or rather, a few priceless drops that are worth oceans that are each no different than a breath of an angel, with a solemnity that reminds of the sighs of those closest to God Almighty:

“O my Most High Sustainer! With reliance on and submission to You, here I beg for Your help. Neither in this world nor in the next, do not leave me on my own with my impotence, poverty, and nothingness! O the Eternal Monarch of these days, tomorrows, and of all times, the Compassionate Sustainer! As a sinful servant of Yours, here I am at Your door of Mercy, with my impoverished state!”

O Uways, the blessed soul praying thus! If even you are impoverished, I don’t know what the miserable servants of our time should call themselves! I am not able to say anything, but a certain person of wisdom referred to such people as ‘the unfortunate walking dead.’ He should be right at that. (FG)

“I am weak, slovenly, abased, a captive of Yours, and a bankrupt helpless one; whereas, You are the Sovereign of sovereigns, Who meets the demands of those who turn to His door with the ampleness of His Mercy!... I am overwhelmed with my worry and sorrow, but I am before the court of the All-Generous One Who fulfills requests of those with worried hearts who stagger their way on. My transgressions are beyond count!”

I wonder what he means by “transgression.” (FG)

O Uways, the saintly sultan of spiritual faculties (sir and khafa), who made his predecessors envy his profundity of heart and spirit. While your contemporaries and your environment saw you as an exemplar and showered you with much appreciation, is this supplication of yours a form of self-criticism as befits your vast horizons; or is it a lesson of being directed to their sanctuaries for disoriented servants like myself who are scattered here and there like prayer beads out of their string? (FG)

“With due embarrassment and excitement about my faults expected to be forgiven, I turn to Your Chamber of forgiveness, my face humbly down with the hope of forgiveness and say, ‘O my Gracious Lord! As a wretched soul who wronged himself, my eyes are on the door of Your ample mercy, expecting that it will open, and my heart eager to be showered with Your special graces, I am expecting what is to be expected from You. Though my offenses are beyond count, here I push aside whatever I have as my own eligibility, I seek refuge in Your Mercy that makes anyone eligible, and I am expecting Your special favors while looking downwards contritely.

“My Almighty God, with my innumerable wrongs and awareness of there being no other doors to turn to, I intend to stay eternally if need be before Your door of mercy, which is ever open to everyone.

“My God! I turn to You once more with these countless and unending transgressions of mine, for I do not know any other doors to turn to. O my Almighty God! You are the supremely Exalted and Beneficent one, whereas I am a servant of the humblest kind. If You do not have mercy on this wretched servant of Yours, who else can ever help him? O my eternal Sultan, my ultimate refuge! You are the true owner of everything and everyone, and this servant at Your door is just an ordinary servant. If you do not favor him and take him to Your hand of Munificence, who else can ever support him? O my ultimate provider of shelter and support! You are the absolute owner of glory, while this poor one is so lowly; if You do not hold him by the hand, who else can save him from this abject state?”

O Paragon of perfection and light of my eye, if even you are lowly, can you tell me how we can name our own situation? (FG)

“My Master! You are such an exalted All-Compassionate One that You keep Your gates of forgiveness wide open even for pitch-black souls who have committed some of the gravest sins, and You let our hopes soar with the glad tidings of, ‘turn to God all together in repentance...’ (Nur 24:31).

“Please do not send away from that door this lowly poor servant who spent his life tainted with transgressions! O All-Caring and Favoring One, who supports everyone with His Endless mercy and compassion and fills them with relief! I am another helpless servant of Yours, who staggers his way on; I seek refuge in the vastness of Your Mercy against the dark and narrowness of the grave and hardness of the decreed judgment, and here I beg and implore for Your mercy.”

I wonder whether we ever opened up to God this way, be it once, with these profound considerations? I don’t think so! Every time he remembers the fearsome states beyond the grave, he prays with such pleas for mercy. (FG)

“Do not deprive this fallen one of Your providence and grace while I give account of my life to the interrogating angels! I will ask for Your mercy and hope for Your clemency and compassion against all pressures and assaults I face. I will cry out, ‘Mercy please!’ against the narrowness and darkness of the grave. Against the dreadful states when people frantically shake like leaves not knowing whether they will be taken under Your protection or not, ‘mercy! Please mercy!’

“At the time when the earth shakes continuously, when the ground turns to dust and smoke, when mountains burst into the air like carded wool, when the skies are rolled up, and the earth and the heavens are overturned with successive changes; during that worrisome Judgment Day when everybody will be resurrected and gathered before the Divine Presence; before those dreadful scenes when everybody, people and jinn, will be faced with their deeds; during those grunts of remorse when those who spent their lives in unbelief and misguidance will lament with wishes of being turned to dust; and before so many more intertwined causes of distress, once more time heartfelt, “mercy, please mercy!” Before the fact that those who spent their worldly lives in valleys of rebellion and a swamp of sins are brought to account, again ‘mercy, please mercy!’”

By saying these, that monumental personage whose innocence was confirmed by all accounts went through vast amounts of supplication. He would live with these night and day. His tongue and lips wept under the command of the heart all the time. As he breathed in and out with such considerations, breezes of revival with the pattern of the Age of Light were blowing around him. Certain souls who started yawning slightly would feel resuscitated before these heartfelt laments; they would gain a certain spiritual perception with the wisdom of imagining the pictures portrayed, and they would form a chorus of prayer, thanks to that heavenly tune.

If only one tenth of such feelings, thoughts, and imagination were found in those who claim to be believers in our time! If only homes would be revived in heart and spirit with the mood brought by imagining these otherworldly scenes and join voices with those imploring petitions. If only establishments of religious education did not remain indifferent to this heartfelt entreaty but they also joined alongside them! If only sermons and addresses could be freed of the influence of mundane life and join that chorus and thus add to their melody! It is such a bitter fact that in our time, homes, social environment, centers of guidance, and even some Sufi lodges are polluted with the latest gossip. The special spirit of family homes is hospitalized; establishments of knowledge and wisdom are breathing hardly in intensive care. Schools of religion are almost on the throes of death. Some Sufi lodges are almost waiting for their turn at the funeral bench. Streets are worse than streams of tar; masses who lost their spirit are completely devoid of their feelings of a spiritual quest. Papers in wretched condition, which are supposed to be speaking for the public, are but seeking to play henchman for the devil. In short, it is smoke and dust all around and minds are confused. Spirits and hearts can only be saved by some extra hope. The poet Mehmed Akif portrays this gloomy picture so well:

What an outrage, O Lord, what a terrible upheaval,
No religion, no faith left; religion destroyed; faith razed to the ground
Let virtues be ignored, let consciences fall into silence.
If this moral corruption lasts, there will remain no independence!

I wish there were a few intellectuals who saw and understood these lines and then voiced what they understood! Unfortunately, this absence is another means of grief.

Let us conclude this article with the following stanza by Sultan Mustafa III, and say farewell to the blessed personages who gained closeness to God after one more sigh:

“This world is coming down, don’t think it will be set right in our hands,
Ill fortune passed the authority to lowly ones
Now wandering near the court gates are all jesters
So it seems, nothing but the Divine Providence can save us!...”